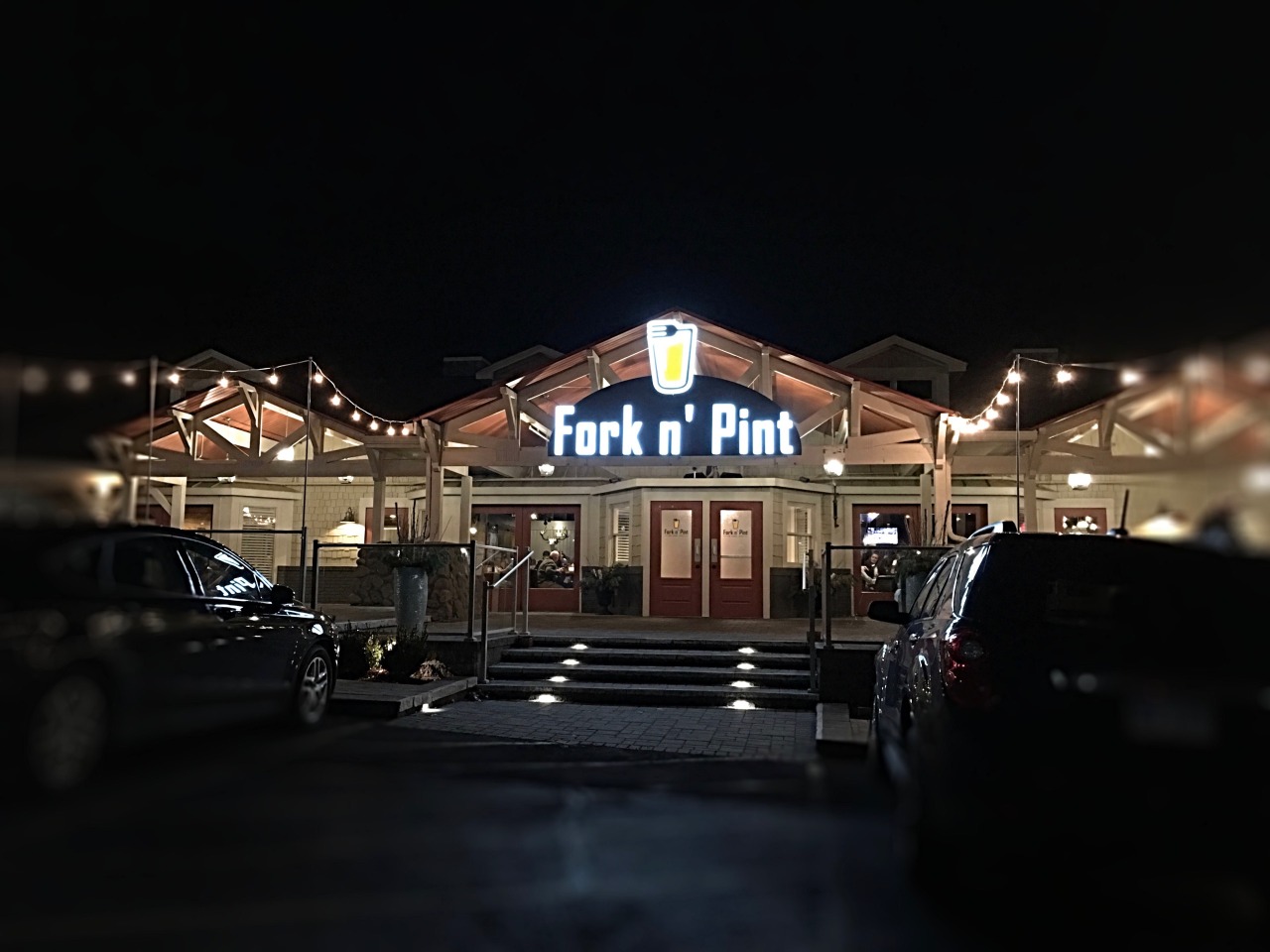 The best new place to eat in Oakland County has to be Doug Young’s latest venture, the Fork n’ Pint in Waterford at 4000 Cass Elizabeth Road, Waterford, MI, 48328. As sad as we were to see the (hopefully temporary) hiatus of Downtown 51 Grille in Pontiac, this was clearly an opportunity that Doug just couldn’t pass up. He’d have been crazy to pass it up, actually.

The restaurant is like a lodge across the road from Cass Lake in a highly remodeled and updated version of what used to be the well-known “Mitch’s.” The view during the summer is spectacular when eating outside and the inside is a real treat when getting out of the winter cold. It is warm, inviting, and a beautiful fireplace accents the lodge-like comforts.

We’ve eaten there a few times now and the food has always been outstanding. The menu has something for everyone and carries over a few of the favorites from Downtown 51, such as the amazing Chicken and Waffles in bourbon sauce. The flow and quality of food is managed by lead chef Ted Teeter who spent years as a head chef for P. F. Chang’s. He oversees the Fork N’ Pint kitchen with General Manager Jay Andrews. Both are extraordinary at their jobs and it is either great skill or mad luck that allowed Doug to get both of these guys under the same roof.

Last night we had the Lady Marmalade pizza and it was a gourmet pizza extraordinaire. We ate most of it before I remembered to get a photo. 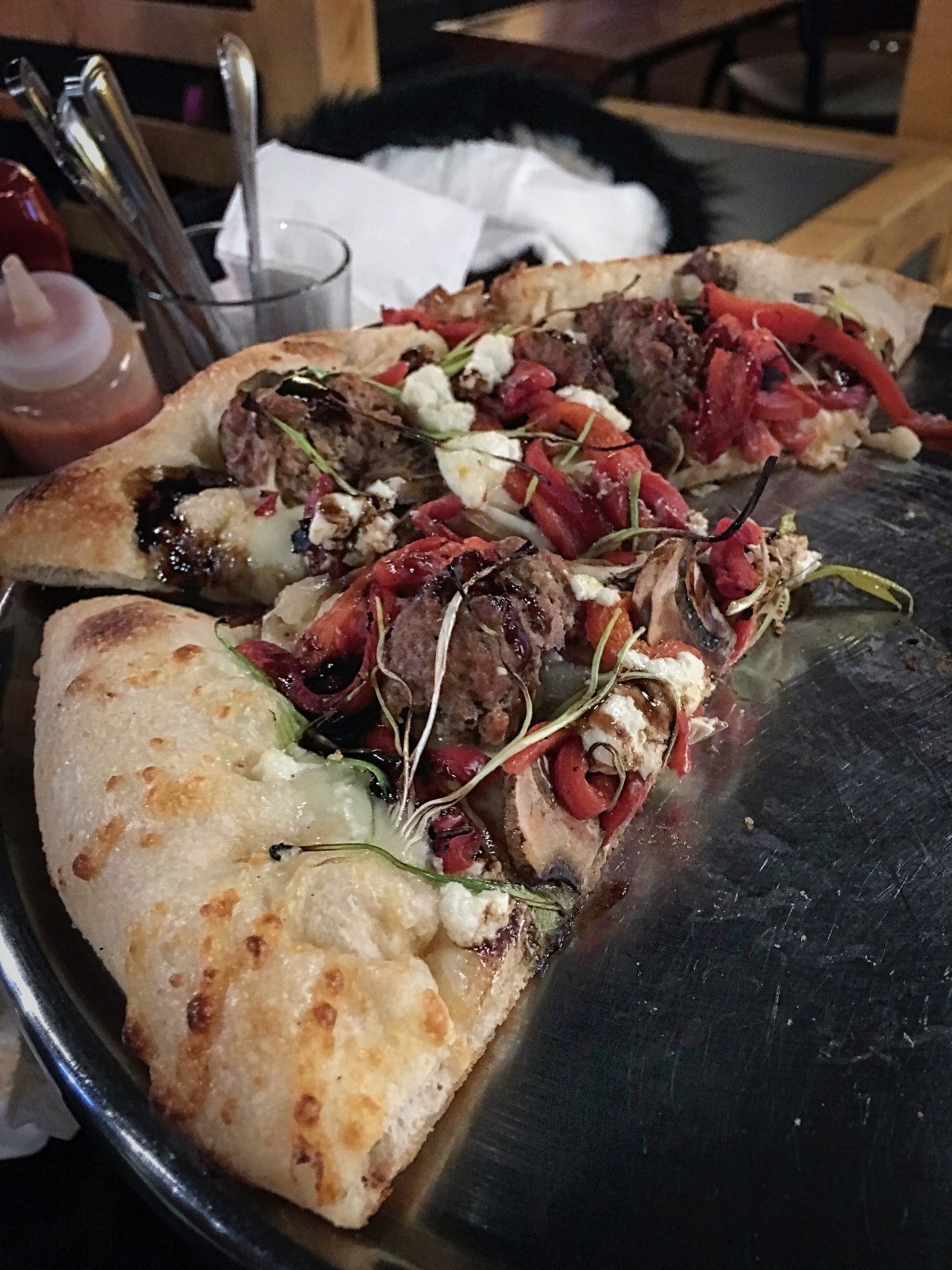 I had a draft of Founder’s Dirty Bastard Scotch Ale and Michele had a, highly recommended for the non-alcohol drinker, ginger ale. For desert we shared the Chocolate Flourless Torte with Raspberry Sauce, which was so good that I was able to eat it while drinking ale. This is unheard of for me with sweets.

We found out that Doug was there, so I had our waitress take a note to him for me. He came to the table to greet us and volunteered a tour of the kitchen. We accepted and got a tour of possibly the best-organized and cleanest kitchen we’ve seen since Chef Ramsey remodeled one on TV. Everyone was busy, hustling, and I was amazed at how organized it was. They are charting everything, successes, failures, and correcting as they go. The walk-in refrigerator was spotlessly clean and actually smelled good!

We’ve known Doug and his parents, Bo and Maureen Young, for quite a few years now and I’ve never seen a happier Doug! He was beaming with happiness and pride, as well he should be. The restaurant did more business in one evening than a year of business at Downtown 51 in Pontiac, as depressing as that might be for us Pontiac residents (we’ve really got our work cut out for us to get traffic downtown). 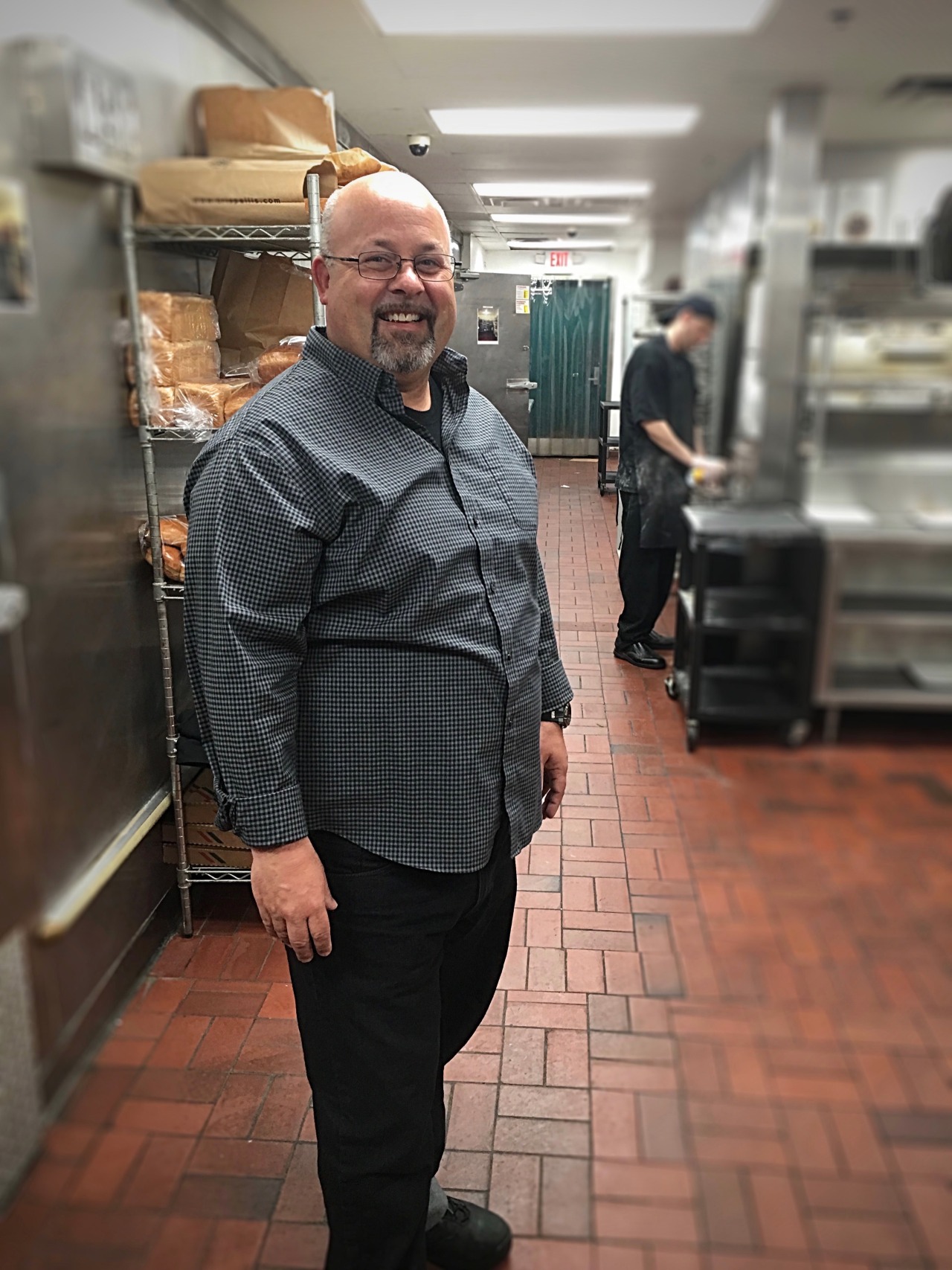 So have a night out at the Fork n’ Pint and savor their great food menu, wine list, and beer tap selection. You won’t be sorry! The place is huge, but if you get there after about 7PM on a Friday or Saturday night, you might find yourself waiting for a table.